Model releases: When you should sign one and what it should include

Questions about model releases are some of the most common we get from aspiring talent. Many professional models ask these questions as well when working outside of their agencies. Over time we’ve come to learn that most models know less than they should about these documents, and how surprised they are when they learn what rights they have really given the person at the other end of the contract.

Know what you are signing, getting in return, and don’t give away rights or income you may not need to.

What the model release is:

Model releases are contracts and before going further it’s important to note that I am not a lawyer. Even if I was, the law changes for each country, and from state to state. Therefore, I’m not going to get into legal issues, just practical ones.

There are three issues that seem to be the most misunderstood. First, most model releases don’t give a model any rights. They are for the benefit and protection of the party that owns or licenses the rights to the image the model is the subject of. Second, while there are many boiler plate releases, by scanning online forums I also see many references to “standard model releases”. Model releases are not all the same, and shouldn’t be. Lastly, there’s the issue of when exactly you should even sign a model release.

Why you should, or should not sign a release: 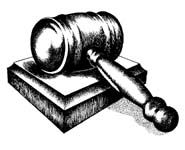 If a model release doesn’t give you any rights, why should you sign one? The answer is simple: Without a release, in many cases the owner or licensee of the image may not be able to use it as he/she wants, or intends to. Therefore, if you are doing a commercial job it will be required. However, if you are doing a trade shoot for each other’s books, in my opinion only a very limited release should ever be signed. More on that later.

Your right to use the image comes from either a usage or license agreement, or some other form of consent. Sometimes this consent may be implied, but I’m not going to get into that here. There are also fair use issues, as well as Standard Industry Practices (SIP) that may govern certain things you can or cannot do with any images you may get back from the shoot. But a model release by itself is of no direct value to the model, only the consideration that’s usually part of a separate agreement or understanding is.

What the model release should say, and why:

When you do sign a release, again in my opinion, it should never be an open ended or a “standard model release”. A proper release should spell out exactly what use is permitted, and perhaps even more importantly, what use is expressly prohibited! Why? Let me explain that in a story:

Surely, as a lovely young lady you’ve probably never been in an adult bookstore:), but if you happen to have ever passed through one you probably noticed the rows of adult toys for sale. Some are beautifully packaged and well presented on shelves. If you stop and look at the packaging you will often see a well posed, beautiful young model, perhaps in lingerie off to the side of a box with an exotic toy inside.  Well, I know one of these young ladies and she quit modeling over it. She did a shoot where she signed a “standard model release”, and was paid a couple hundred bucks. She never agreed to be on a sex toy box, or did she? According to the model release she signed, it was probably completely legal.

While some of you may not mind being on a sex toy box, keep in mind that this scenario can apply to almost any product, and even magazine articles (including those in adult publications or websites). It’s also important to note that while this particular model did get paid, you do not need to get financially compensated for the release to be effective.

In situations where you do sign a model release, have the use spelled out. If it’s for stock photography, be sure to exclude uses you don’t want to see yourself be a part of. For example: “Not valid for use in adult publications or for the promotion or advertising of adult oriented products”. Note: This may preclude certain stock photography services from accepting the image so be sure to read on.

Of course you may not care where your image shows up, some models do not. But there may still be some fair compensation issues to deal with. Many major ad campaigns pay residuals based on how often the image runs and how large the audience is. You obviously aren’t going to be able to identify all potential uses, and even if you could, you’re not going to draft all that into your own release. However, when the release is specific and there is opportunity or desire for the image owner (or licensee) to increase or change the scope of use of that image, they will have to come to you and give you an opportunity to negotiate fair compensation, or decline further use.

Now, armed with all this information you get booked for a shoot and wisely, you ask the person or company for a copy of the release beforehand. Low and behold it’s that boiler plate with no conditions wherein you give the rights to your image and likeness for use, anywhere, with any and all modifications, permitted for eternity. So you politely start to negotiate, or provide your own release. Then the other party tells you to go pound sand. What do you do? Well that’s up to you. If I was a model, I wouldn’t sign a release that wasn’t exacting, and also protective of certain things. But I’m not you. So to make that decision you will need to consider the source and your own potential liabilities.

The source (or other party) can have a substantial bearing on your decision. If it’s an individual, especially one you do not know much about, you will need to be extra cautious. On the other hand, you may also be dealing with a known and reputable entity that has a track record. I happen to have been part of a team that drafts model releases for a very large and well respected publisher. The release we required was even more one sided than the boiler plates I’ve seen and advise against. They allow for any and all use, anywhere, with any type of modifications. Your image can be used in whole or in part. It can be assigned to someone else, and the release is in perpetuity (meaning it lasts forever).  You basically have no say in anything. Why was this release so one sided? What intentions could this publisher have to demand such broad rights and strict terms? The publishers intentions were in fact honorable and there were no ulterior motives. From the publisher’s point of view the goal of the release was simply to protect the corporation as fully as possible, including any potential mistakes that may be made. So should you sign it? Again, that’s up to you but in my opinion yes. Why? Because you considered the source, it was reputable, and its practices were not such that you would have a cause for concern.

So when do you sign a release? Are the rules different if you are being paid, paying, or doing TFP? Not really. Again, almost every release should state what its exact use is. If you are working under a trade arrangement, it’s either for practice, or for your mutual books. Therefore, the release should state that. If you are being paid, it’s either because the pictures are for commercial use which should be exactly stated, or if booked on Model Mayhem it may be for an aspiring photographer willing to pay you to have your gorgeous self in his/her own book which in that case, should be exactly what’s specified. Don’t let anyone tell you that it’s standard practice to sign an open ended release just because you are receiving some cash compensation.

There’s at least one exception to a lot of this and that’s for stock photography. Shooting stock is a business for some photographers and you should do your own due diligence when working in that field. Where do the images get marketed? Through which services? What success has the photographer had? Again, consider the source.

Something else to consider:

While uncommon in the commercial world, something else you may want to consider as part of a release is to have some level  of approval of the image. Common law may protect you from some things but it’s always better if you can at least spell out certain types of images or situations that are expressly not to be part of the release. Most notable are out-takes. Or if you shoot in sheer garments with the expectation of things being well removed in retouching, it can state that. Also, you may want to protect yourself if something pops out that’s not for everyone to see. Better yet: For trade shoots, or shoots that only pay a few hundred dollars insist upon approving the final image as it will be released unless it’s from the most reputable of companies and photographers.

By Laurens Antoine|2020-06-09T06:29:02-08:00March 11th, 2017|Categories: Laurens Antoine San Diego Headshots Blog, Models Educational Articles|Comments Off on Model releases: When you should sign one and what it should include